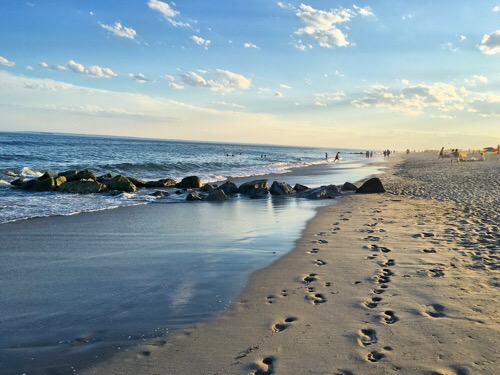 This summer I’ve had some pretty great beach days. Not nearly as many as I usually do (which is at least 8-9 times as I try to go every other weekend). But out of the 4 times I went (including Fire Island), every one of them was well worth it and amazingly breathtaking. To its credit, proper beach days didn’t even start until the end of June. It was too chilly and windy to consider tanning on the sand. And in the beginning of July the water was still so cold that you could have probably chilled a couple of beers in the Atlantic Ocean. 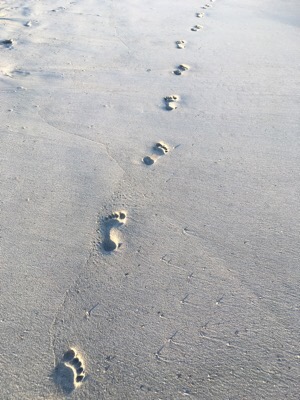 Therefore it wasn’t until the heat wave at the end of July that the water got warm enough to actually spend more than just a few minutes in it. This was when my friend and I decided to make it out to Fort Tilden – her first time there. I try to make my way over at least once a summer. With public transport it takes about an hour from Downtown Brooklyn– not too bad. It does involve a subway and a public bus, which makes things a bit more complicated and harder to get to. Since it is part of the Rockaways, you could also catch a bus from that part of Queens once you get off the A-line.

Either way, for some reason I never go more than once a year, which makes it an extra special occasion whenever I do. We got off at Riis Beach (an area that is right next to it) and then strolled around the Beach Bazaar. She was looking for hats and I wanted to see what the remainder of the BK Night Bazaar looked like. Unfortunately it closed in the spring of 2015 but a few of their shops are now open at Riis Beach. Not nearly as many as in Greenpoint but it’s still great to find the one or other vendor from old times. She got lunch at a local falafel stand and then we continued on to Fort Tilden. It was certainly more packed during a hot weekend day than what I remember it to be. It seems that the beaches get more and more crowded with every year that passes and that there are less and less options to go to no matter where you are in New York.

We hung around next to a birthday party that started with 3 people and ended with about 11. They spread out towards us by the end of the afternoon but by that time we also had more room to move. After going into the water a couple of times, we discovered a sand bank further out. We were able to stand on it and at one point the water only went up to our hip. Another friend joined us in the evening and we enjoyed some time alone in the sand, with most people around us leaving. With the sun setting and looking at it from the right angles, this part of the beach resembled an eerie, deserted landscape from another planet. 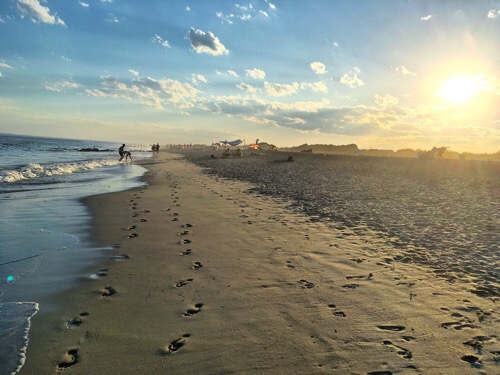 On our way back to the bus we discovered hammocks outside of a pizza and bar spot. We ordered some food and swung around the hammocks, wondering why not many places had these as it was the perfect gadget for summer days and nights. 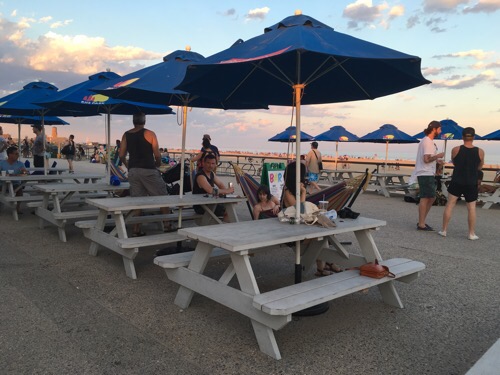 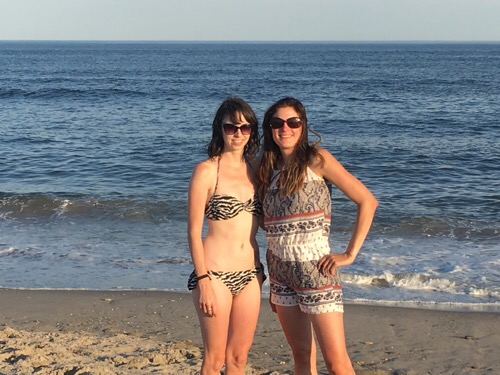