Cannon Beach is one of Oregon’s most popular tourist destinations. At least in the summer and when the weather is mild. As soon as I saw the iconic haystack rocks in other people’s images, I knew that we just had to check it out. Especially since Microsoft uses it as one of their default background pictures (Have you ever noticed? There are some great Milky Way samples, too, as I found out the other day).

Cannon Beach is all the way on the West Coast of Oregon, perhaps a three-hour-drive from Portland. We arrived from Nehalem Beach after witnessing some magic there (read more here). It was right around sunset when I finally got to see the iconic haystack rock upfront and in person. Not too many people were wandering on the beach but certainly more than we saw at the beach before. As soon as we had entered town, we knew that this area was set out for tourism and a beachy feel – but in a very good way. It also meant a restaurant would be open for us to grab dinner later. 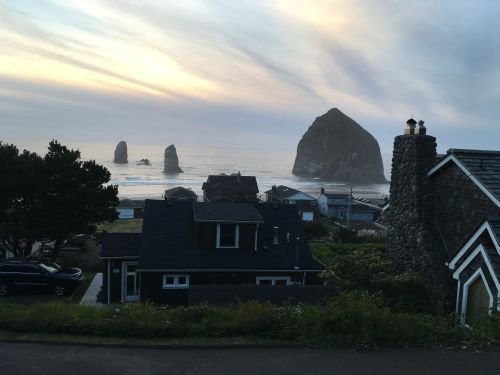 But first we parked close to the beach and took a stroll along the sand and ocean. We saw one humongous rock sticking out of the water – perhaps the most popular one. We also saw two smaller rocks in the calm sea. I like to think of them as trolls or some magical creatures that were turned into rock (you know, the ones you can find in fairy tales). The darker it got, the less people we found on the beach, which was just fine for us, we were out to get some great pictures.

We started off with pointing our flashlights in all directions while putting our cameras on long exposure and a tripod. What we got were some beautiful light painting images and some great hearts on the beach.

Maybe an hour after sunset we saw the Milky Way rise for the first time on our trip. It was right there, hovering above the water, making it an even more beautiful scene than it had already been. 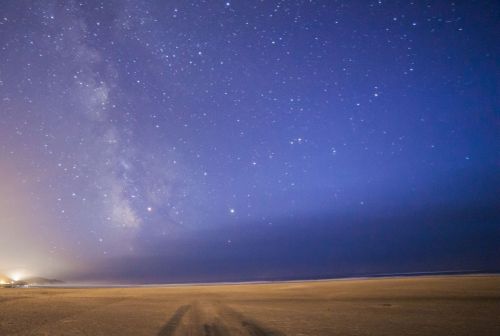 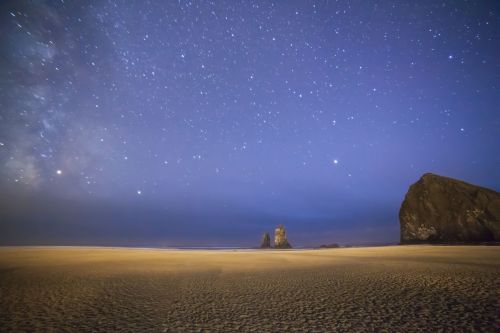 Eventually my friend was cold and I was hungry so we stopped at the Pelican Brewery to get some great beer and dinner. It was a pretty tasty meal and beer in Oregon is outstanding no matter what. 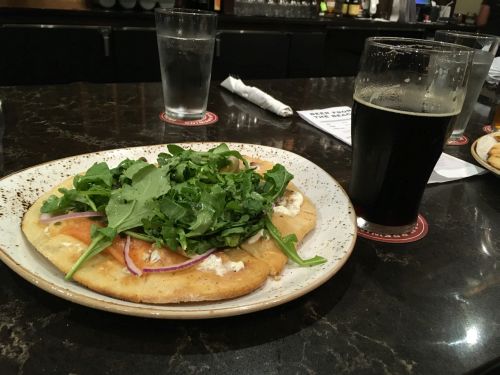