My second day in San Diego was about as action-packed as the arrival day. In the morning, I made my way over to Old Town San Diego, which is a good 30 minute ride by public transport from downtown. Old Town is perhaps one of the most touristy but also charming parts of the city. It literally consists of gift stores only, interspersed with touristy restaurants and other entertainment. Old Town even has a trolley, which takes you through this little part of San Diego. 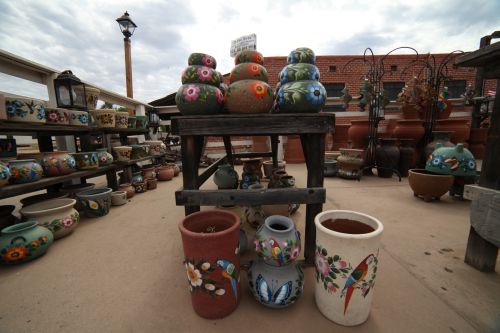 I first checked out a few Mexican gift stores. After being to Mexico twice already, I found a lot of similar items, which you can find all over the country itself (just more expensive, of course). I also discovered fabulous jewelry and in hindsight I wish I had purchased the one or other piece (but since it was still the beginning of my trip I didn’t want to splurge on the second day). 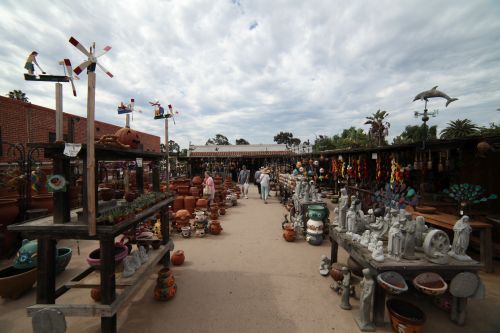 Old Town also has cool buildings and statues and the one or other museum. Altogether, I spent less than an hour here. I am sure if you wanted to stop by at the museums and grab food, you could spend a nice afternoon here. Although I had wanted to grab a bite to eat, I opted against it after seeing some of the prices and snacked on the beach instead (which was the better of two options, as I still believe today). Nonetheless, I’m sure the restaurants there are great and compared to a city like New York the prices are still pretty decent.