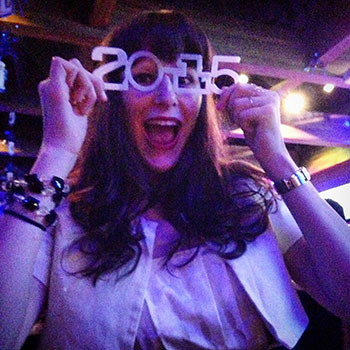 A lot of people have told me how bad this year has been for them. For some reason folks have gone through a lot of hardships in 2015 – be it in the form of death, losing a loved one, not being satisfied with life overall, or simply dodging one curveball after another… I know it’s been a tough year for some of my immediate surroundings. It certainly has been a life-changing annum for many, including myself, as well.

While I have to say that the romance department was pretty much half-asleep throughout this entire year, overall I am perhaps one of the few who can say that I had a blast in 2015. More so than in 2014, which for me was a rather difficult time (especially after breaking up with my boyfriend of three years). 2015 was the year to make me feel uncomfortable – and rightfully so, as it was trying to lure me out of that comfort zone I always try to get in and which I never fit in no matter how hard I try. 2015 forced me to rethink my core values in order to strive for higher and better things. It also pushed me so hard in the opposite direction, I was forced to sit down and come up with an overall goal or direction for what I am really meant to do in this lifetime. At least I have it written down somewhere now for future reference.

For the very short periods during which I was able to relax, I tried to do so fully but relaxing was not the key word in this past year. Especially in the travel department, where I can certainly say that I’ve kept myself busy throughout the past twelve months. It started off with a great trip back to the motherland, during which I was able to reconnect with family and friends after two years of being away. It also gave me a wonderful opportunity to experience both Italy and Iceland – two countries that are as different but as interesting as they sound.

2015 indeed was finally the year I reclaimed my travel mojo back – at least for the better part of it. A birthday trip to Puerto Rico, during which I was alone but not really, since meeting people on travels has never been a real problem for me. What I had not expected was the interesting twist in wildlife and ecosystem. Exploring the rain forest and gorgeous beaches were just one of the very few highlights.

Mexico came right after saying good-bye to my long-term restaurant job. And boy, did I need some time away to rethink my hobbies, my passion, and what I was longing to do for the rest of the year. Mexico City and Oaxaca were some two amazing places to be in and the entire stay was made even better through the presence of four awesome friends, whom I hadn’t seen in about two years, too (more about it in the new year, there is so much to catch up on!). A quick trip to Chicago followed, since it was a cousin’s wedding. It happened to be one of the last times I saw a family member, whose demise (in November) would impact me to a greater extent than I could have ever predicted. Some daytrips in upstate New York and Jersey made up for the lack of traveling in the latter quarter of the year. However, last but not least, Philly ended up being a fabulous get-away for the short duration of an extended weekend.

Career-wise, it’s been a jump and a hop. I knew I had stayed at a place for too long and during the summer the feeling of being uncomfortable and out of place really kind of hit home. I decided to simply take a break and just be, and to not necessarily (over-)think my next career step. Only one short month after giving up bartending, I was back into an office environment. It all coincided with the end of the summer, what perfect timing indeed. Before the new gig and a regular 9-5 job, I had the chance to superbly take in the beaches and the nice weather.

Overall, the summer proved to be a great season (as it usually is over here, how I miss its heat!) and I miss it dearly but I know I’ve had a splendid fall, too. ‘Twas indeed during the hot months that I rekindled my relationship to horses and did some horseback riding close to Prospect Park. I also attended an array of events. Perhaps the Ivory Crush in Times Square was among one of the most impactful ones for me, since I have become greatly interested in wildlife and how to restore it.

2015 also seemed to be the year during which many of my friends gave up their full-time jobs (which some of them had had for years and years) and to strive for their true passion or to simply take a time-out from the tedious working life in this expensive and overwhelming city. All of this was great in combination with my still-flexible schedule and we made some great coffee and BBQ dates work. However, all good things seem to come to an end (or simply change into something very different). Fall had us sooner or later (although it was certainly on the later side this year). Autumn was one of the best seasons this time around, since the fall foliage changed over a continuous period of almost two months. All the colors in this world cannot describe the colorful picture that happened here during October through early December. The past few weeks have been rather bleak and grey. I dare say that winter has us, although it’s been unusually warm thanks to Global Warming and some other Earthly crises. I’m not here to complain about the weather but I do believe it’s time for human mankind to face that things won’t return to how they were 100 years ago and that it would be great if everyone could acknowledge this in addition to improving our environment.

Indeed, the biggest lesson I take with me from 2015 is becoming a more conscious person. In regards to our wildlife and ecosystem crisis, respectfully. But also in regards to my overall life and the purpose I’ve come here for and which I was meant to fulfill. Meeting some eye-opening people and discovering aspects of the universe I would have not even considered to be real a year ago has certainly twisted my mind and brought me in the position I am right now. On the best way to not settle and to always learn about what this life has in store. The past month has been extraordinarily challenging, with emotions running high, people being quite aggressive and the overall low dissatisfaction rate of life. But I believe everything happens for a reason and that this time too will bring about a much stronger person in me than I was before.

Overall, I am taking some very positive developments with me while I enter 2016. I hope I will be able to expand them all and turn them into some very positive dreams. Positivity in general is one of the aspects I am seeking to improve. If you know some positive quotes, please share them in the comment feed or leave a link! This is also one of those years (in a while) during which I simply want to leave behind all the people who have brought more grief or issues than enrichment into my life during the past year or longer. Sometimes I am quite successful at not reaching out to these type of folks anymore (especially before I moved to New York). But somehow in the past couple of years I’ve been holding on to them in a rather unhealthy way. So I am vowing to myself to delete numbers, social media info and everything else that could set me in touch with them again. Sometimes this drastic measure is simply necessary.

It’s weird how we as people sum up our successes and failures throughout the duration of a year. But I guess it’s an accurate measurement of time that has passed and which we aren’t getting back.

What is your take on this past year? Has it been an up or down? Are you closer to what you set out to be a year ago?

2 thoughts on “End of the Year Reflections of 2015: Letting Everything and Everyone Go”