Tomorrow is Independence Day, meaning one of America’s biggest holidays of the year has finally come around. While I did most of my pre-holiday-shopping today, I couldn’t help but notice that almost every store in NY will be open until the late afternoon hours of 4th of July. Now I surely don’t remember how things were last year and before that, but I somehow must have forgotten the fact that shops do not close, even on the second-most-significant day of the year. Sure enough, Macy’s will always be known for its insane shopping discounts on named day (and of course today, too, in case you want to step into the masses of bargain hunters). But even food stores and other local delis will remain in business until the very last minute, or so it seems.

My plans for tomorrow are not yet well thought out. Part of this is due to the crappy weather we’ve been enduring lately. This must have been one of the wettest summers I’ve experienced by far. Every day we’ve had some sort of thunderstorm or summer rain and it has been increasingly difficult to decide on what shoes to wear (rainboots or flip flops) and to make plans for the beach. Hopefully, tomorrow the weather will hold up. In case the sun shines, you will find me at the beach with a bottle of bubbly. Not at Coney Island. I made the mistake of going there last year and ended up being almost suffocated in the masses surrounding the annual Hotdog Contest hosted by Nathan’s. No, I will chillax on the sands of Far Rockaway and hopefully it will be not as crowded with people as it was two years ago…

In preparation of tomorrow’s festivities, I felt like trying out something new and made a traditional American dessert: Rice Krispies Treats! It reminded me of some old childhood days and the fun we had when devouring this. To spice it up, I tried a peanut butter and chocolate version. For the peanut butter version you will need: 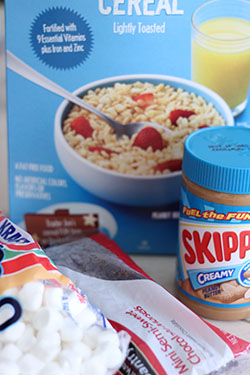 First melt the butter on a low-heated-stove and then mix the marshmallows into it. When everything is melted properly, remove pan from stove and add peanut butter. After the peanut butter has melted, just throw in the Rice Krispies and voila, here you go! 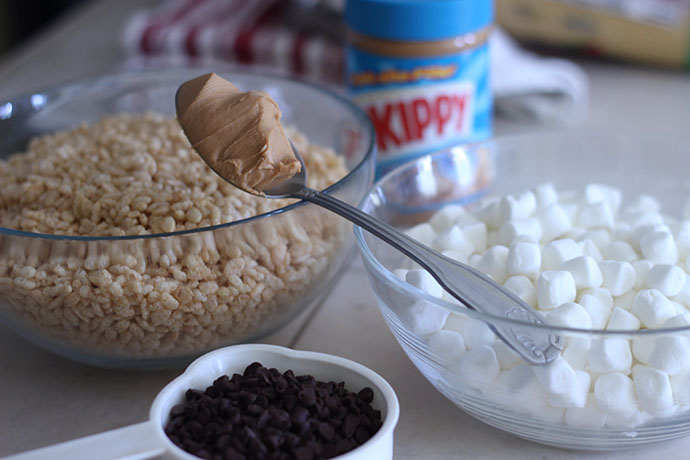 (Find the original recipe on the Rice Krispies homepage)

My original plan was to have whole chocolate chips but they melted as soon as they were mixed with the rest of the ingredients. Change of plan, I guess. Also, half of my treats just crumbled away, perhaps I didn’t add enough marshmallows. For my first attempt in making these (easy) bites, I think it went well. I also added a glass of white wine because I felt like it.

I hope you have a great 4th of July. What are your plans?