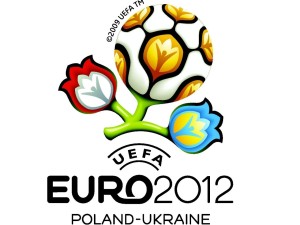 Jubilant crowds of people jumping up and down, making the bar shake and the waiters despair. Five different tricots watching a game of two teams. Many versions of why the winning team was on top but in the end the fun factor determined how great the game had been.

It’s been a month and I still haven’t had the chance to blog about it. The Euro Cup from June 8 to 30 was a wonderful time for New York to demonstrate how embracing this city is towards European soccer. The bars were eager to show how willing they are to accommodate a large mass of viewers. Many fellow citizens couldn’t wait for their favorite team to win, or at least try to win. All throughout the month of June there was a total of 31 matches being carried out on large screens here in the entire city.

Two years ago the World Cup had already channeled a great interest throughout the New York, with more and more bars showing the games on their screens the more they saw how interested the drinking masses were throughout the four weeks of the tournament. Back then I was still working in a bar, so I had the perfect view on every other event and was able to follow every tedious move of the teams. I had a great time watching the rest of the games in the German Loreley in the Lower East Side or the Austrian Blaue Gans in Tribeca. While the German spot was at times way too overcrowded for us to move more than a few inches and was horded by a moody bouncer who wanted to kick me out for smuggling in a bottle of water (Hello? Dehydration?), the Austrian place was depressingly calm during the final match despite a humorous bartender from Düsseldorf. Yes, the World Cup had definitely been an event the first time around and the Euro was soon to follow in the footsteps of its big brother.

Bars were in it again this time. But surprisingly I was able to find even small joints, such as Bark Hotdogs or other “fast-food” places showing the games on a wide-screen set in their spot. More and more people were participating and this year the American team was not even part of the tourney. Not that it mattered much; most American viewers tend to be on the side of any other country but their own. Italy and Spain always being a favorite, it seems. But also Germany was among the top of the notch when it came to jubilant screams and cheering from the American side. With glowing eyes they witnessed how Deutschland won against Denmark. But with angry and sad faces they saw the same team depart when it came to the Germany losing against Italy in the all-or-nothing match right before the finals.

I had the chance to see a total of 7 games throughout the entire season. Of course some German games had been amiss, especially the beginning ones. Work did not grant me off, unfortunately. The entry game I indeed watched at Bark’s Hotdogs. I remember it well, as I was just recovering from my first summer flu and walked into the joint, wondering what all the noise was about. A veggie burger and soccer – a great way to start viewing the Euro Cup, I find.

Other viewings soon followed. Most were indeed just around the corner from where I live, in Fort Greene and our now favorite sports bar called Mullanes. The American-Irish pub miraculously always had two seats open for my friend and me. After a brunch, which usually consisted of a choice between (veggie) burger and fries or egg dishes, we went ahead and enjoyed what little was left of the game. Sometimes the bartender was entertaining enough, especially in the beginning, but of course towards the end of the season the bar got more and more packed, leaving less room to swing over some well-mixed Bloody’s. Yes, we had a fun time in this bar and I can only recommend it to other sports freaks as the screens are of great quality and dispersed throughout the pub.

Which I cannot say of the Blarney Rock Pub around Penn Station, to which I had snuck out on a typical work day (lunch, of course!). During the losing match between Germany and Italy I had been switching from screen to screen, in a desperate attempt to find a TV without a grainy or a shaking picture. Finally, I found a niche filled with other Germans in the last five minutes (including) overtime and was able to witness the single goal Deutschland managed to shoot to defend their position throughout the game. Yes, it was quite depressing, this day, but perhaps not as depressing as Italy must have felt a few days later in the final game. dirty-laugh

The best experience I had (aside from some Mullanes’ viewings) must have been in the humongous Radegast Hall & Biergarten over in Williamsburg. I was with a huge group of German people and already too drunk to say more than “meh.” Their screen was good, the viewers fair, and altogether this memorable Sunday afternoon made out for a great day which ended hopelessly drunk in the streets of the Burg (Note to self: Do not drink superstrong Bloody’s at Juliette’s before going out for the Euro Cup!).

So yes, the Euro in New York: It has been a wide success. And if you’re thinking the average crowd consisted of Europeans mixed with a few Americans, you are mighty wrong in this assumption. I would say the average crowd consisted of 75 percent of Americans and the rest was a mix of South and Central Americans and Europeans. I had Americans explain the term “offsides” to me in a more comprehensive way than any German guy has ever managed to blurb out so my respect for this type of crowd has grown over the past two years. And while Europe is known for its Public Viewing and games under the sparkly blue sky, this approach would simply not be feasible in New York. Thanks to the heat wave and summer (and New York bar laws) it was all shoved in a cool room inside.

Brazil is hosting the World Cup in 2014 and I am already looking forward to it. If I am not here anymore and cannot be in Rio either, I know I will find a good game pretty much anywhere!