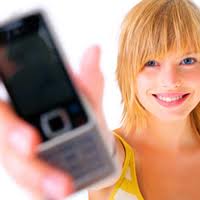 When moving to New York, you will have to figure out a way of how to get in touch with people. Looking for a room or apartment, seeking out job offers, communicating with new friends – all these things will be hard to accomplish and to maintain if you don’t have a cell phone yet.

The second day I got here I went to a random drug store (CVS, if I recall it right) in Queens and got a pay-as-you-go phone. The idea is to pay as you do your calls or send off your texts. In Germany we have something resembling the idea of a prepaid phone. A pay-as-you-go phone is slightly different, as you have to update your balance when it reaches a certain amount or else your phone will be shut down by the company after some time has passed – you cannot just leave it on zero. Be aware that you pay not only for outgoing calls or text messages but also incoming data, which makes your conversations priced double the amount than you are used to and will add to your balance being close to zero far sooner than initially thought.

After two weeks of this, I was tired of it and I decided to get a contract. Only knowing the bigger companies and not really having informed myself earlier, I walked into the next Verizon store, set up a 2-year-contract, and walked out with a “free” (after mail-in-rebate) phone and an additional $40-bill added to my monthly expenses. When looking at my account balance one month later, the amount had changed to a whopping $60 each and so far it has refused to go down.
I don’t know if you noticed already, but you don’t get what you signed up for here in the States. Be it clothes, apartments, or cell phones – there is always a hidden added charge you didn’t think about in the beginning, especially if you’re a newbie from Europe. Usually it is the sales tax (or, in case of housing, electricity bill) that applies extra. Same case here: On top of the monthly $40, Verizon charges me the normal government tax fee, but also adds some extra surcharges to all of this. My plan only gives me 450 free minutes and 500 free text messages each month. I will repeat: It will go both ways! If you have a friend who likes to text or an angry Ex-boyfriend who knows you are on a limit and tries to bust your bill, then good luck with that. I myself have felt obliged to point out my limit to a few friends on a few occasions in the past. My best threat is still that I will send them my cell phone bill for them to pay if it goes beyond my monthly average. This warning really does work, by the way.

Anyhow, it will take you some time to adjust to your newly gained “freedom” of having a cell phone and the quirks connected to this. Data plans are extra, of course, and if you’re looking into buying a smart phone or Iphone, you will definitely be able to purchase these at a lower cost here than overseas (thanks to the Euro-Dollar-inflation that has been going on in the past years). My friend bought his Blackberry from a vendor and had it jailbroken (I’m not sure if this is legal); then he got a monthly contract with T-Mobile. It seems like a reasonable idea. If you buy a smart phone the usual way, you will always be bound to a 2-year-contract. To get out of this contract might be more difficult, as you have to pay a fee (starting with the cheapest phone and with the biggest time difference to the contract end, the fee is $150 with Verizon; I’ve heard of $300 fees when purchasing a smart phone, though). Verizon and AT&T are both compatible in terms of reception and prices. The latter used to be the only provider selling Iphones but Verizon has caught up on this deficit and is now offering the Iphone 4.

Monthly contracts can be signed with other companies, such as T-Mobile. This means you pay a flat rate fee which is relatively low and you can get unlimited access to the Internet along with calls and texts. I believe you can get this plan for $50 or $70 to $80 if you want access to European texts.
Too good to be true, you might think? Well, the pitfalls are that you will have to buy your own phone and the reception might not be the best. T-Mobile and Sprint are both known for working well in the New York metro area but they might not be as reliable when it comes to different parts of the States.
They still work, though, unlike “Metro PCS:” This is a provider which is mostly common around bigger cities and metro areas (hence the name). Metro PCS can provide you both with a cheap phone and cheap service. But beware if you live outside of New York City, such as New Jersey or Long Island: You won’t have any or only sparse reception. I guess it is a great idea for people who will never leave the city or who don’t have the means to leave yet (such as older people, teenagers, or individuals on a budget). However, a big advantage of Metro PCS is that European numbers can reach you – at no added charge! For someone who is homesick and wants to talk to friends and family on a daily/weekly/monthly basis – the ideal solution! With my current Verizon contract, I have to pay 30cts or more per message if I send or receive international texts. Calls would cost me $1 per minute (remember, it goes BOTH ways!).

Advantages of cell phone usage in the States are certain “deals” you would have to pay extra for in Germany: Starting after a certain hour a day (7PM with Sprint and 9PM with Verizon) you get unlimited minutes to ANY network until 6AM the other day. From Friday night to Monday morning you get the same. With Verizon you can call or text any other Verizon user on an unlimited basis (unfortunately my friends decided to go with any other provider BUT Verizon). Adding another line when you have a family or trust a friend enough to share your bill will cost you not much here. It might be something to consider if you feel comfortable and can rely on this person. AT&T offers roll-over minutes, meaning anything you did not use the previous month you can use the next month and so on. A pretty neat concept! This way you can save up for the “hard” times.

I recommend doing your research when it comes to getting hooked on a plan or contract here in the States. Some companies even charge you a fee (Verizon took $150 from me), which they will redeem to you after 12 months only. I guess this can be seen as a security deposit. Prepaid phones and pay-as-you-phones typically won’t last you long and communicating via your European provider will tend to become too expensive in the long run.

One thought on “Starting Out New: Cell Phones in the US”